In this project I’ve been involved in the development of robust and easy-to-automate methods for peak detection in two-dimensional chromatography. In a seminal work [23a], we developed a method for GCxGC peak detection, which is based on a two-step process. In a first step, 1D peaks are detected in the (unfolded) raw signal that comes out of the 2D chromatograph. We used conventional 1D peak detection methods (based on derivatives) [14a] for this objective. In a second step, a decision tree is applied to decide whether two or more 1D peaks should be merged in a 2D peak cluster or not. The decision is based on two aspects, namely (i) unimodality (a 2D peak should show only one maxima) and (ii) agreement of second-dimension retention times (all 1D merged peaks should show around the same second-dimension retention time, within a certain degree of tolerance). The method has been applied to GCxGC and I’ve been extending its application to different areas (including Oil & Gas and Forensics), and later it was applied to HPLCxHPLC [26a] for food analysis, and to protein analysis [25a]. 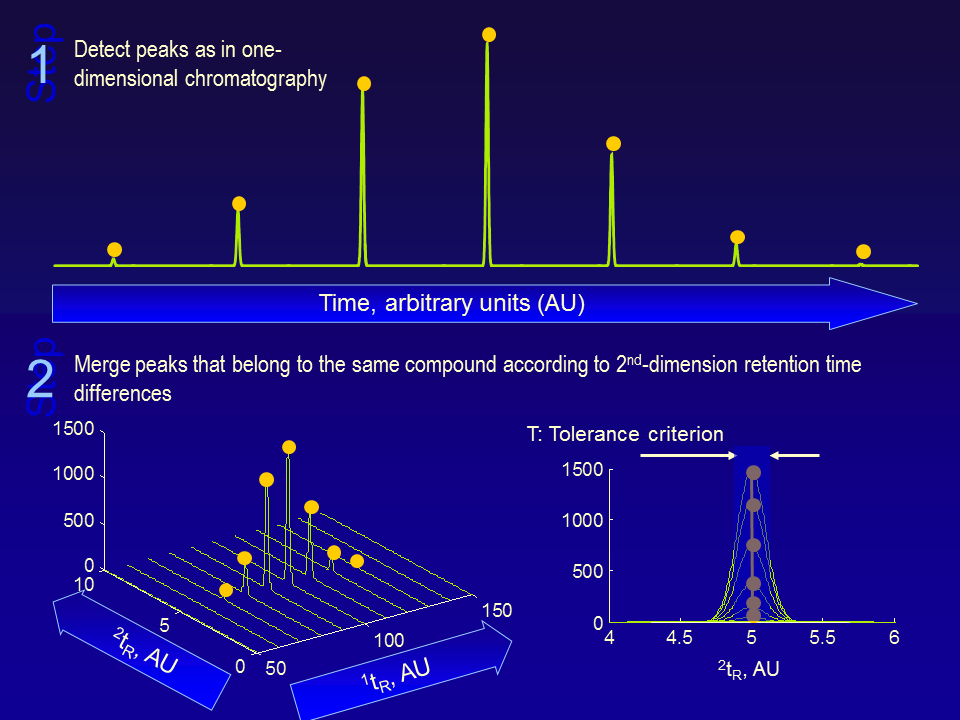 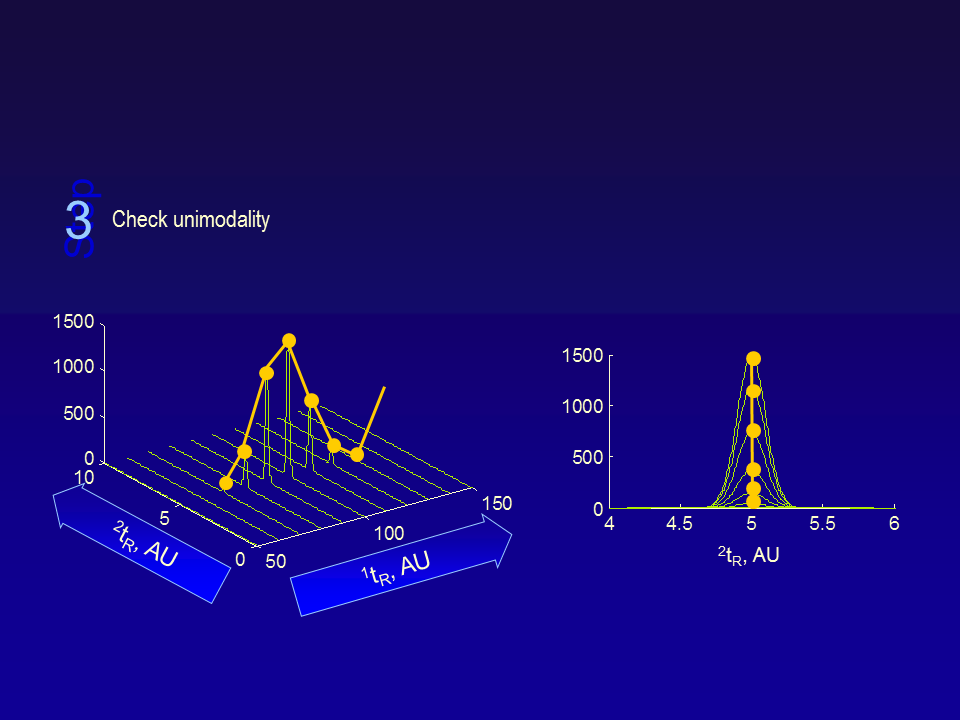 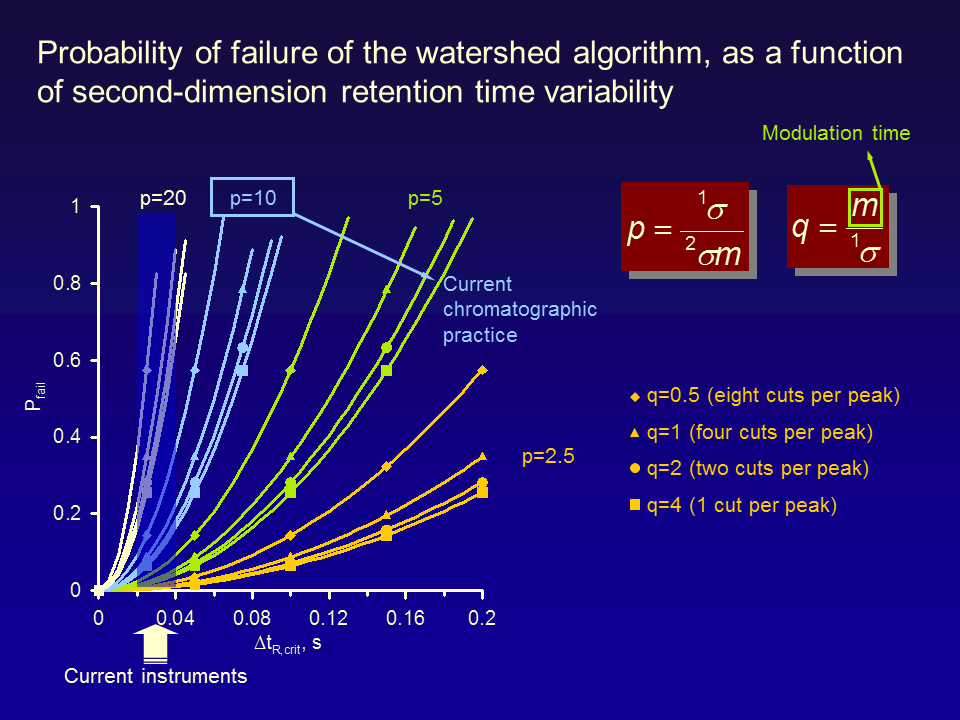 In general, you can get around 15% probability of failure with this algorithm in well-behaving systems, and this figure can get up to 40% (probability of failure) when the retention times in the second-dimension start to be less repeatable (something quite common in today’s instrumentation). Conclusion: try not to use the watershed algorithm (it fails too often).

This project was developed at different institutions. Several people were involved. Look into presentations co-authorship for more information.